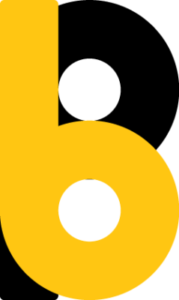 No, I have not forgotten about Polish marks. I did not describe the letter "Ą" while writing about "A", but I intend to do so by dealing with the letter "O".
While publishing an essay dedicated to "A", my friends asked me to interpret the term "OM". I am very grateful for that, because I got to know another interesting areas of culture. A culture I know little about. I will describe my view of this introduction to the mantra and Upanishads in a separate essay, so as not to confuse the logic of presenting "Old Letters".

"Old Letters" I think it would be better to call "Pre-Letters".
"Pre-Letter" is a better description of the nature of the characters on which the speech is based. At this stage, the description of old concepts will refer to the logic of naming, and as an example I give: history and prehistory.
The word "letter" has an ideological tension for which a counterweight is needed. I use it because it is most important for me that the letters we use today are manifested as symbols.

Pre-Letter "B"
Pre-Letter "B" is an important mark whose appearance imposes a simple association with the belly. The small "b" is a drawing of the abdomen and it would seem that this description could be contented. But why are the big „B” is like two bellies?
The large "B" looks anatomically incorrect and is difficult to understand.
I will try to explain this by adding:

Two bellies, two sexes.
Belly is a universal concept. We have it regardless of gender, but humanity is both male and female. So, to relate to each gender, we must draw two characters at once. Let's remember that Pre-Letters have gender because they refer to a woman and a man, and they are referred to.

Why is one "b" upside down?
Without going into details and not expanding at this stage, descriptions of how a man was perceived and a woman, I will write that one is the opposite of the other, because the two sexes are different.
How to express this opposition? Just turn the symbol upside down.

Why a woman is inverted?
When we use the term Weak Sex, we answer this question - because fair sex was weaker and she had to give in to this rotation. There is a traditional division here into a strong man and a weak woman, what is now blurring, but once played an important role.

Roles and gender impact Pre-Letters "B"
The male belly generates a good word - wealth/bogactwo. The female belly and its contrast - poverty/bieda. The combination of these two meanings means balance. Here is an explanation that this is not my assessment, but understanding the role of women in those times. The role of women as mothers. As long as it wasn't, it was treated like barren land. The original form of these words - wealth and poverty - probably sounded a bit different. Since these are important words, I will come back to them again. I am writing about them now to show how gender of symbols and gender as such influence language.

Why does this sound accompany the letter "B"?
I think that when we listen to the sounds coming from the abdominal cavity or belly grumbling, we will hear the letter "B".

What does "B" symbolize?
In the eastern and southern languages ​​we have important figures - such as Buddha in India and Bacchus with Bacchanals in Greece. In our language, "B" is the first letter of the word ”God”/”Bóg" . What concept could this word be? When happiness for a man is a woman's pregnancy, is it a miracle of birth? Or maybe happiness is a combination of the male and female elements and the creation of harmony to which we constantly strive? After all, the word ”God”/”Bóg" cannot be capitalized if we think it is important. Writing ”God”/”Bóg" in capital letter, we emphasize that we are connected with each other. By being connected, we give each other. A man gives a woman semen and a woman gives man a fruit of love. Bestowal is a wider concept of abundance, which is the opposite of emptiness. Existence is like the essence of abundance. These questions will appear and the attempt to answer them is still valid. Looking at this in contemporary categories, we recognize the theory of evolution on the one hand, and on the other we cannot scientifically explain how dead matter has changed into living matter. At this point, there is room for the wizard. We, living entities, are in a cycle of reproducing and improving this creation. The fused man and woman symbolized and still symbolize this act of creation.
Of course, the word ”God” should be seen in the context of the sound of Boh, because in my opinion it is the right one.

Bacchus in Greece was also called Dionysus. In Rome, Dionysus was an important god. Although the Romans used the word ”God” - Deus (Latin), Italians nowadays say Dio. Romanians call god the abbreviation Zeu, which refers to Zeus. So the word ”Deus” is a combination of the names of the two gods Dionysus and Zeus. Let us remember that the Roman Empire assimilated the faiths of the conquered peoples. New religions did this too. Since the other name for Dionysus is Bacchus, we can agree that Deus actually begins with "B". This allows us to understand that we are not different from each other. The word ”Boh”, however, appears to be the most precise approach to the idea described above.

Examples of the word belly in European languages.
In Italian, today, on the belly, "pancia" is called, but it could have once been "budella" (tripe) or "borsa" (bag), just like in Polish, an ugly word synonymous with buttocks used to mean a cave. The word "pancia" might have once sounded "bancia" because the Romans could have been wrong in reading the Etruscans, to which I will return several times. Why could they be wrong? Because as you can see above, the female "b" looks like "p". I remind you that modern Italians are Italians conquered by the Romans.
There are a lot of synonyms in French, which once could mean a belly, and then be supplanted or changed, because this language of the Gauls was romanized after being conquered by Julius Caesar.
I cite terms such as "bedon", "bide", "ballon" or "bidon". I would not be surprised if the word ventre (belly) once meant tripe.
In English, a pregnant belly is associated with the word ”birth”. It is a language composed of local Romanized, and then changing under the influence of Franks and other peoples who push the islands, languages.
In Spanish, among other terms for this part of the body, there is "barriga" or "bandullo". Spanish is the language of the Gauls romanized and then conquered by the Arabs.
The Portuguese are the westernmost Gauls who retained the original abbreviation for "belly". Germans use the word "Bauch" for this.

Destruction of the symbolic Pre-Letter system.
Wouldn't it be simpler if we all stayed at the letter "b" for the name belly? Of course, it would be simpler, but then writing skills would be common. It would be easier for us to communicate in speech and writing, and this was not conducive to governing others. To rule must be divided. Conquered peoples had to change their symbolism, which was also done to us. This is one example of the collapse of the unity of Indo-European peoples. By thinking in terms of "We," I mean all the peoples whose ancestors belonged to the world of Great Culture. I will develop this idea by presenting more atomic bombs thrown by specialists in sharing into the once universal world of meanings.

An interesting issue is the gender of sounds. I will reveal that not all letters refer to both a woman and a man. There are those that belong only to one or the other sex. To find out which of them I invite you to continue reading my essays. You will also read about man's other inspirations than his body, which he used to create signs. Enlightened symbols of great culture.