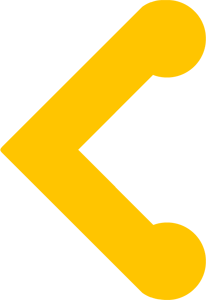 I was wondering how to start these Star Wars? Which episode should be the first? I was thinking about referring to the concepts of beginning and end, alphabets and writing. I considered presenting Great Worship as a faith preceding large religions. I relativized the notion of self and described the relativity of the process of seeing. I wrote an essay about the history of the Middle Ages and about the fall of paganism. However, I decided that a large part of the concepts that I created for these essays and introduction to pagan symbolism would not be understandable without presenting the Old Letters writing system.

The only introduction will therefore be a brief explanation:
Old Letters that preceded all alphabets are concepts related to beliefs. These concepts are illustrated - that is, drawings. Drawings should therefore be treated as symbols of faith. Faith, symbols and speech were so consistent that the writing was intuitive. As intuitive as emoticons are today. Universality and their strength meant that people using them were somehow in a common self (in the same dimension of imagination). I will elaborate on this description and specify it in the next essays. All concepts will be understood.

The first letter in the Latin alphabet is A.

Why is "A" at the front and not at the end of the alphabet?
Because it is a drawing (pictogram, symbol) showing the first voice / scream of a human after birth. This is a very interesting symbol that has a double meaning. I will come back to this when discussing words to illustrate his role in creating a story and, consequently, words.

The appearance of the letter "A" is a drawing of the mouth (with visible teeth) seen from the side. The drawn lips are open just as when saying the "A" sound. I simplified their appearance, so that the symbolic alphabet of Old Letters has a modern aesthetics we are used to. This symbol illustrates one of the first original sounds accompanying speech at its very beginning. I treat these sounds as the first, "primitive" sounds, the intensity and intonation of which were to help a man express his gestures (from the Planet of the Apes).

"A" as birth and scream
A love act is also a primary agreement by connecting with others and the result is birth. A cry is born with the new being, which should be treated as speech.

"A" as saying and "A" as punishing
If someone screams - also speaks. If someone speaks loudly, it is because wants to be heard, and what that someone wants to say is important. Screaming is also a punishment, and it is associated with authority over the criminal. The essence of this scream will manifest itself in many important words that make up "A" in combination with other symbols.

"A" as no
When "A" is at the beginning of a word - it is a negation. Why? I think because if there is no sign preceding A - there is no being. There is no being who could scream. A scream alone without the one issuing it is impossible to deliver. "A" at the beginning of the word means no.
Depending on the ideological relationship of speech, the meaning of "A" as "no" will be very eloquent and has been consolidated in the opposite varieties of Great Culture - it will become clear when you read essays devoted to the causes and descriptions of these differences.

The lack of association of the letter "A" in the Latin alphabet with picture letters is associated with simplification and rotation of this symbol by 90 degrees. I think that the drawing sound "A" allows us to start the adventure with speech in a very clear way. Speech, which was created as a composition of the sacred symbols of "Great Culture," so paganism preceding the modern religions.
I would like to soften the perception of the times before the present great religions described by the word "paganism" by proposing that you treat them like the ancient world of the Greeks. This will allow you to escape from the negative perception of those times. Of course, paganism as a term cannot become positive because of the very intention accompanying the creation of this word, expressed in its wording. The wording of this word is associated with the ideological, negative intention to identify others - worse. I placed the word analysis in an essay describing the Middle Ages, because it was widely used then.

To encourage you to read the next essays I will write that you cannot be an apostate using the speech we use. An apostate of any faith because they are composed of the symbolism of earlier beliefs of the Great Culture. It doesn't matter what language we speak, because each of the Indo-European languages ​​is saturated with symbolic meanings. The range of influence of Old Letters symbolism, on which Indo-European languages ​​are based, is far, as exemplified by the Hawaiian language based on astral concepts, some of which contradict opposite meanings. I will develop this thought in a separate essay. These symbolic, astral and animalistic meanings are still important to us, though not realized. The attitudes we adopt are, in many cases, deterministic and related to the subconscious. In my opinion, the subconscious is shaped by Old Letters. My hypothesis regarding shaping the subconscious is the subject of a separate essay that I will publish after Old Letters and Old Numbers.
A friend of mine drew my attention to the Hawaiian language because of Kahun beliefs.