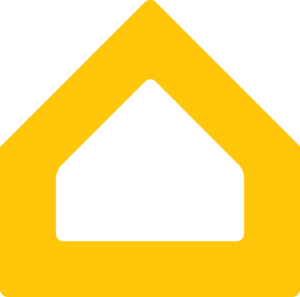 Pre -Letter D
When describing the "C" sound, I mentioned three interconnected worlds that constitute the material of symbolism of Pre-Letters. These are the worlds of people and animals and space. The constructor of Pre-Letters probably made the synthese of these worlds because he believed that he was himself associated with both animals and stars. He did so because, living closer to nature, he recognized and understood its impact on himself.
Today we are trapped in buildings or cars that protect us from the cold or heat. By isolating ourselves from the weather, we have lost the need and the ability to observe nature. This cold or heat is, however, "felt" by our wallets. The comfort that we experience is possible thanks to many conveniences - the works of human hands and mind. Writing about Pre-Letter "D" I will refer to them because, apart from cosmic / human / animal inspirations there are several sounds - in the construction of Pre-Letters - illustrated by a product of human activity, which probably were also important to him.

The Pre-Letter « D » is somehow made up of this symbolic matter.

Because it is one of only a few sounds symbolically related in this specific way, it makes it unique. The image of "D" appears to be self-evident for most Slavs. This symbolic image is home.
I present "D" in a way that prompt us to draw a house located in a cool climate, i.e. where it often rains and periodically snows.
In the times of Great Culture, the schema of gable roof itself shown from the side would probably be sufficient for people to understand what this symbol represents. 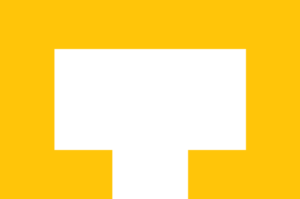 The Egyptians depicted the same concept with a hieroglyph also depicting the house, but seen "by the architect's eye". The Egyptian house is illustrated in a "top view", resembling a single room with an entrance opening....Please remember that the image of the house in a "side view" would not be a symbol so universal and understandable in Egypt, because the roofs of the houses there are flat.

The Egyptians presented the sound "D" in hieroglyphs as an image of a hand. I think that the symbol of the hand, as "D", refers to the fact that it was thanks to the effort of human hands that this shelter was created for man.

These relationships between "arms", "hands" and the symbol "D" can also be found in cuneiform writing in Sumer. It is sufficient just to look at the graphic appearance of the letter "D".

When compared to the "R" symbol, you can see a close graphic analogy. Nevertheless it should not be taken too literally, because cuneiform writing has become very abstract over time. However, one can divide the images of sounds into "pairs" that have a closer relationship with each other than other characters. 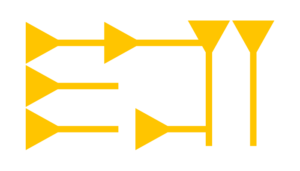 An interesting fact is that in many languages there is a relationship of words - "hand"( polish : « dłoń ») and "home"(polish : « dom »). A good example is French, for example, in which "hand" is referred to as "main" and "home" is "maison". Another example is English relation between "hand" and "house" and German between "Hand" and "Haus".

Perhaps organized societies disseminated over the vast surface of the earth in different climatic zones associated the words "hands / arms" and "home" not with building material, but with a tool that was helpful in building a shelter for man.
If so, French, English and German represent just such a relationship. Let us remember, however, that the languages of the Celts were strongly influenced by the Roman Empire. The empire, which the Celts succumbed to more than two thousand years ago (according to the official calendar). An indication that both the Scythians and Celts (before the latter were conquered by the Romans) used "D" as a symbolic image of the house, may be the fact that in Italian, French, Spanish and Portuguese one can find such words as: ”domicilio”, ”domestico”, ”domicile” and ”domicilio”, which mean today - "place of residence". In French, the fingers are referred to as "doigt", which means that it can be presumed that once these mutual relations in the sphere of naming existed.
So, at a time when Europe was inhabited and ruled by Celts and Scythians, was the symbol "D" referred to as a home universal? - I think so.

Because complicated and obscure terminology appears here typical for the peoples living in Europe, i.e. the Scythians and Celts, it is necessary to explain here the following thing: Gauls who are Celts, are the ancestors of, among others, the French, Spaniards and Portuguese; while the Scythians are Slav progenitors. In my opinion, these names can be used interchangeably as synonyms. Slavic languages did not undergo a deeper transformation until about a thousand years ago. At that time (languages) also changed under the influence of the Empire, which was then reformed and already called the "Holy Roman Empire of the German Nation." By conquering the Slavic territories, with the introduction of a new faith, it forced the subordinated nations to use Latin.

A similar situation occurred in the east, because the Eastern Roman Empire also conquered the Slavs from the south. There, too, the language and writing method began to change under this influence. I think that this shorter (about a thousand years) time of language change contributed to the fact that the Slavs still have preserved closer connections between the language and the symbolism of Great Culture than the descendants of the Gauls. We can take advantage today from these closer linguistic relationships, because in fact they "materialize" the beliefs of the Great Culture, to which I will refer later.

In Italian, "home" is "casa". This may be due to the fact that in the southern climate the house is built of limestone - "calcare", while in the north wooden houses were built. The house built of stone is already a tenement house and the building in which you can close and isolate yourself is a castle. One should remember that the climate is changing. Due to this fact the places where thousands of years ago the climate was cold gradually became warmer regions. In this way we see how the symbolic and universal understanding of word "home" depends on the building material, and this latter one depends on the climate.

Why today "D" is no longer associated with the image of the house?

Its shape suggests that it was built where a gable roof was used in construction, or when people used to live like nomads: under a tent that served the function of a modern house. Today, this symbol is widely used in places where architecture looks completely different from the one that protected the constructor of Pre-Letters.  In addition, I think "D" is one of the Pre-Letters that has been completely changed, which makes it difficult to identify it with the house. Because today we use many typefaces that are rounded, it looks more like a dome than a shelter covered with a gable roof.

Adapting the sound to Pre – Letter"D"

The sound was adjusted to the Pre-Letter "D" correctly depicted with the house symbol. When pronouncing the phone "D", our tongue protrudes from between the teeth. Sliding out, the tongue "comes out" as it were. We can treat this space in the mouth as a room, and then the protruding tongue leaves it for a moment. It is possible that the language gets into the "room" of a loved one as we approach each other. If so, it enters the house, which is symbolized by the lips of the person being kissed. We express our feelings not only in this way, but also by touching a loved one with your hand. In contrast to the "C" sound, when we hide the tongue deep into the mouth, we obtain the sound of "D" by pronouncing it we put the tongue out.