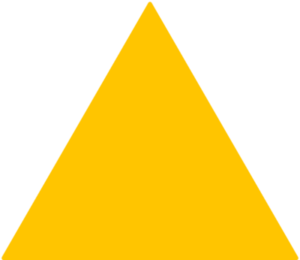 A month ago, I celebrated my 50th birthday. My sisters organized them for me. Before the family meeting, we were at a mass in a charming part of the Swiss Alps above Montreux. The mass was in French. My brother-in-law read Holy Scripture for that day, the parable of Abraham and Isaac. We smiled knowingly, because for months this parable was quoted by me. I repeated it to my close relatives about the "Old Letters" - my passion for almost 50 years.

"Old letters" were born in my head when I started thinking about interesting language issues. One of these is that in civilization so-called Western European, we use names by which we identify with saintly persons. Why does this civilization, which has had a huge impact on the fate of a large part of the world, appear to be different from the others? Other civilizations in which names describe the character of the person. Descriptive names exist in India, China, Africa and were used before the conquest of the Americas. Knowing that before the appearance of Christianity in the Slavic territories, they were also used, I began to wonder if the abstract-sounding names of Christian culture have their descriptive version, which has gone with time or is unknown to us.
The second issue bothering me was the dependence of the appearance of the first letter on the appearance of the object described by the abstract word. An easy example at the beginning is the letter (symbol) S and a word such as a snake. Looking at the letter "O", can't you see the orb? To make sure that this is an accident or a rule, using the etymological dictionary, I made a set of words that confirmed my assumptions. Sure, I decided to activate my imagination to reproduce the hypothetical symbolism. I supposed it had to be important and strong if it was word-forming.

However, if the symbolism influenced word-formation, I assumed that there is a rule for languages in the present form, from Indo-European families and for Eurasian coverage: at the beginning there was writing.
This does not deny that the writing was preceded by a word, but the word by gesture, face, sound, body language and perhaps also dance.
I am aware that this thesis is difficult to accept but I will explain it step by step in the essays I will publish.
I have deliberately narrowed the scope of this rule to Eurasia. I found out later that the symbolism of "Old Letters" goes much further, for example in West Africa.

I am not the only person who looks for the original symbolic progenitors of the letter. The Greeks already wrote about the letter that preceded their writing. This subject has been raised many times but so far no specific ideological prototypes of the relevant letters and sounds connecting them with the symbolism of the pagan world, the great culture preceding large religions and "our civilization" have been presented.

Symbolism is studied as if separately, there is a great awareness of its impact on man. Carl Jung's book "Man and His Symbols" is a good example of this. The symbols result from the
myth, whose power was described by Joseph Campbell. Much is written about the power of the word but it is not combined with symbolism and myth. The powerful forces acting on us are described separately from language and symbolism of sounds. They still work for us, although they are connected with a culture that has passed away without leaving many traces. I think there is a need to connect these worlds. The worlds of symbolic ideograms of their successors of letters and speech that we use, and also of the myths associated with the "great worship." I will try to combine them by showing and describing "Old Letters".

Why wasn't such a comprehensive statement made? There were probably numerous barriers that overlapped the language researchers. Perhaps they could not afford such nonchalance in relation to norms as me. As an artist, I can make difficult theses by calling them "artistic vision" and at the same time have the distance to prove them in a scientific way. Creating them I can "float on the waves of imagination". Imagination is a value in this case because we have little "tangible" testimonies of "great culture". In science, imagination, intuition and sensitivity can and are scientific instruments. In any case, I put forward the thesis being an "artistic vision" with the knowledge that I can be wrong and you will forgive me.

I think that Jan Potocki, an outstanding cultural researcher, operating at the turn of the 18th and 19th centuries, was close to decode not only hieroglyphic writing (but Jean-Francois Champollion did it), but also the symbolism of the Slavs, which I believe was the universal symbolism of many peoples.

In recent years, Winicjusz Kosakowski has presented an interesting concept of runic writing as a picture writing, which assumes that runic signs are drawings of a speech organ when uttering a sound.
I think that this rule probably only applies to a few sounds and letters. Others seem to have a much more complicated symbolic content, otherwise they could not be word-forming.
In addition, I think that the system I will present has influenced many alphabets, including runic writing.

And because it was universal it testifies to the original unity of language or proximity to languages. I understand language differences as different definitions of terms but subject to the same system of symbols.

My journey into the depth of speech brought me many interesting conclusions regarding not only sounds and symbols but also beliefs, and culture, which affects our consciousness, and even more interestingly on the subconscious. I want to present my concept how our subconscious is created and what its determinisms are.Traveling in time and space, I was surprised by revolutions of views as well as sensational, effective recodes of conquered societies. To share them and decipher our culture, I decided to publish dozens of essays.
I think they will help to understand many cognitive dysfunctions and determinism of our behavior.

I promise that the essays will be as short and concise as possible, because by writing them I shorten the original written content of my cognitive process. This form is necessary because when describing "Old Letters" I noted the thoughts and pictures that somehow "came to me" so as not to forget them. During this period I was very focused on sounds and on imagining a man from the period when he began to think abstractly. To bring about this concentration, I limited external stimuli associated with civilization. I stayed a lot in nature and looked at the sky especially at night.

To draw attention to the essays I will try to present many words that in our consciousness function as vulgar despite the fact that they were not originally. These are very important words and I apologize in advance for actions on the border of good morals.
Please treat them as "my expressionism". Some of what I will publish may be difficult for believers, but please remember that I also believe that the experiment of building the world without God failed. A good example were the so-called "Isms" and especially social engineering of the German Reich and the Soviet Empire. This is a difficult and sensitive topic and if I offend you, I apologize in advance.
Thanks to the "Old Letters", you will start saying, see pictures. I think they will also help you find something you have lost. Something that the nomad understands, and we, engaged in the redefined concepts of modern civilization, do not see, although we have in front of our eyes.
To further encourage you, I will reveal that the speech is multidimensional, pictorial and deeply esoteric. It is probably the only overall relic of the so-called pagan world, which was in fact a great culture, absorbed largely by religions that were used to fight it. A world after which almost nothing remained materially, despite the fact that in some areas it remained until the beginning of the 20th century. A great culture that had knowledge and faith, which are in fact one and the same. Knowledge that is being rediscovered once it has been allowed.

I will try to show examples of how unity was destroyed. I will show who, how and when made the biggest changes in the symbolism code, recoding the next generations. I will put forward the thesis that before the introduction of Latin, the magazine was common and intuitive, as well as many other theses that do not match modern views. I will postulate that we jointly undermine and redefine these views.

I will show "Old Letters" or my view on the graphic and ideological appearance of modern Latin letters.
I hope for a joint discussion in which I would like a constructive approach.

If you are interested in essays, please leave your email address. To make it easier, I will introduce myself: my name is Teodor (from Greek - “God’s gift”). I studied Conservation of Works of Art at the Krakow Academy of Fine Arts. I have been interested and I create communication and industrial forms for years. I am the father of Oskar, who is an economist. I like nature and I segregate garbage. I have a cat which is called Kisiel (translating from Polish - “jelly”) :)